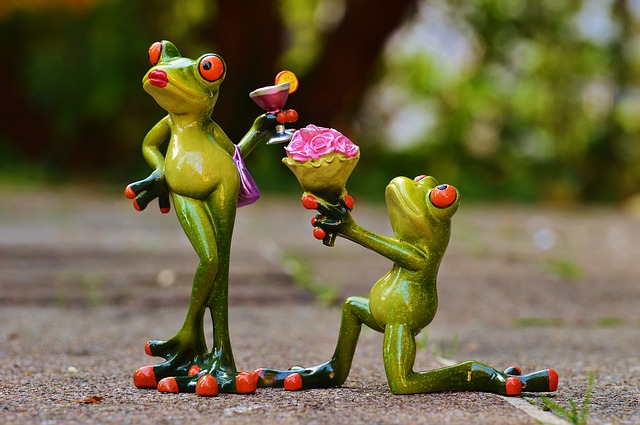 Recently at a workshop I asked the middle aged participants to think of a past hurt that currently simmered as a resentment. And, the resentment had to be one that was proving difficult to let go of. The next step was to work on letting go of the resentment.

The participants had all lived long enough to have experienced disappointment, hurt and anger in one or more relationships. They should have found this exercise easy. Yet, the middle aged group of men and women unanimously decided to postpone completing the exercise. No other exercise had evoked the same reaction.

Well, it’s not really a surprise that these folks wanted to avoid this topic. Forgiveness does not come easily or naturally to many people.

I have often seen middle aged couples stuck because one or both partners are unable to move beyond past resentments. And the couples’ relationship often struggles as a result. New emotional hurt and resentments get created and added to the old list. By the time they reach mid-life, many such marriages give way under the weight of piled up resentments.

Why is letting go of resentments so difficult?

The theatrical “I will never forget” or “I will take revenge” gives characters in movies and books motive. It also helps one to hold on to anger that one feels is justified.

But why is there such a strong pull towards carrying on with anger and resentments? Well, anger is a strong emotion. And, it often helps one feel more powerful. Holding on to anger implies holding on to power. For someone who feels wronged, it seems like a better option.

Most people prefer to be the one expressing anger than to be the one on the receiving end of someone’s anger. Being shouted at, being blamed for things, criticised, or on the other hand, being ignored, discounted is no one’s idea of fun. Yet we all feel justified expressing anger, we feel we are in the right.

People who hold on to resentments also feel completely justified in holding on to their grudges. They are convinced they have been wronged.

And then there is the question of fairness. If someone has hurt us and we consider the hurt to be unfairly inflicted, then we often feel that the person responsible should pay for it in some way. Punishing them by withholding affection and/or constantly reminding them of their actions seems justified. In fact, we believe that our own hurtful behaviour in the present can be justified because of their actions in the past.

For some people, forgiving is akin to being walked over. They believe that by letting go of the anger and resentment also means that they have accepted the injustice. This not only has implications for the past but for the future, as well. They fear that if they let their guard down, they will get emotionally hurt again. For them, holding on to the memory of the injustice is crucial for protecting themselves from emotional pain, maintaining their self worth and self respect.

Impact of resentments on relationships

While the promise or oath to never forget is glorified, in reality things work differently. The inability to forgive has a cost. It hurts close relationships and sometimes destroys them.

I have often heard people say, “I know she/he is trying to change, but I can’t forgive her/him.” Of course, some hurts may never be forgiven and forgotten in their entirety. Especially when they involve sexual/emotional abuse or domestic violence. However, hurts that are recalled and rehearsed only make one feel angry and helpless.

Impact of resentments on one’s own mental and physical health

Now, dragging along the past also has a cost for oneself.

Some mental health researchers point out that anger, naturally, on its own lasts for 90 seconds. Beyond that we continue to experience anger because we continue to think about the incident and its implications. In other words, we continue to rehearse it. And there is no natural end to how long we can continue to rehearse something. To stop thinking about it, take a different perspective, and move on is a conscious move that many people are unable to make.

There is interesting new research on the impact of forgiveness on people’s physical health. Researchers studied two groups of people who had undergone similar kinds and amounts of stresses in their current lives. And, they found that the people who tended to forgive more and move on were in better physical health, despite the stresses, than those who tended to be less forgiving.

So, this does not mean that we need to tolerate or live with behaviour that hurts us. We absolutely need to stand up for ourselves and voice our problems. We must point out specifically behaviours that are not okay with us in all our relationships. And once we have done that, we need to move on.

We need to give the other person a chance and acknowledge positive changes in behaviour. If we feel that the person is not changing their behaviour and continuing to do what hurts us, we may need to end such a relationship. And then, move on. Staying in a relationship or situation while keeping a tally of hurts and resentments is neither good for our physical and mental health nor that of the other person.

My next workshop on Writing for Self  will be held from Dec 22-26, 2018. Please click on http://www.himalayanwritingretreat.com/writing-for-self/