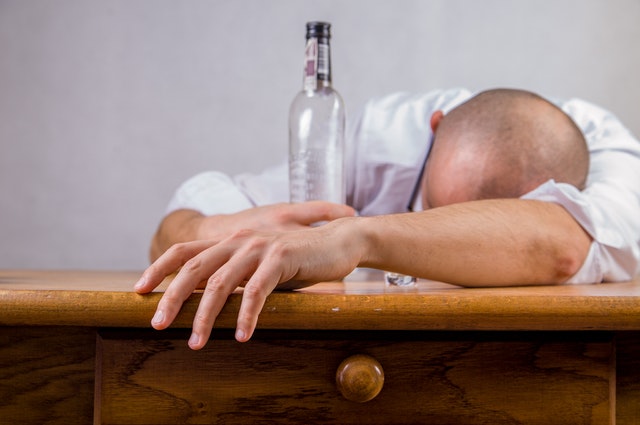 “He didn’t show up for any of the meetings yesterday or today. I saw him at the beginning of the party day before and he seemed fine. He has not called in sick or returned any of our calls.” This is not the beginning of a murder mystery. This is a conversation about a middle aged binge drinker.

Social drinking has caught on in India. Friday night is synonymous with ‘getting drunk’ for many young, urban Indians. As the years go by, some people who binge drank in their youth may change their ways. Others, unfortunately, continue binge drinking into midlife. A 2009 multi-country study (GENACIS) reported as much. The study confirmed what we all know: Men in India drink much more and drink often compared to women. But the study also found that middle aged binge drinkers in India include both men and women. And both genders’ tendency towards heavy drinking only worsens with advancing age.

The binge drinkers I am talking about here may have once been the up all night partying types. But most people who binge drink into midlife stop being social drinkers. They don’t drink in the company of others. They mostly drink alone. Or, they may have a drink or two at a social gathering. And, they don’t stop at that. They come back home to continue solitary drinking for the next 24-48 hours, skipping work and other obligations.

The consequences of binge drinking

Most people know about the physical health consequences of drinking too much, too often. It can destroy the liver, create memory problems, cause alcohol poisoning and death. But there are equally devastating social and economic consequences to binge drinking, as well.

Binge drinking creates inconsistency at work. There are some very intelligent individuals in the corporate world who have a binge drinking problem. These folks may get to positions of seniority and authority in midlife. However, they find it difficult to stay in a job for long because of this problem. The organisation may be able to overlook their unpredictable, complete disappearances for some time. Eventually, despite their brilliance, the employer’s patience runs out. The resulting job loss and career disruptions have an economic impact on the family.

Kids often suffer the most. Society looks down upon those who get drunk frequently. Kids pick up this attitude and feel ashamed because of their parent. They avoid bringing friends home because they do not know what condition their binge drinking parent will be in.They also end up covering up for their parents or tend to ‘over-achieve’ to compensate. Kids also worry about their parent’s wellbeing. More long term, kids who have grown up with parents who are alcohol dependent have a greater likelihood of becoming alcohol dependent themselves.

And, we have not even considered the impact of living with the typical alcoholic that movies portray. The binge drinker who may be a wife beating, child beating, raging alcoholic. Or, the one who, inebriated, gambled away her life savings and is on the streets. Or, the one who got into a serious fight or a fatal car accident, drunk. Or, some other such drastic situation. All because alcohol messed up their ability to control impulses or think rationally.

But why do people get addicted?

Binge drinking in midlife can usually be traced to binge drinking in youth. When young people drink, it is mostly a group activity. Youth drink because they are curious, they enjoy the disinhibition it brings, it makes them a part of their peer group, or they drink under pressure from their peer group. Increasingly in midlife, though, binge drinking serves to fill some kind of a vacuum or helps avoid painful emotions. Boredom and stress are two justifications.

The question this brings up is: Do other people not go through painful emotions or stress? Everyone does not resort to binge drinking. There is judgment in that statement. Somewhere we believe the binge drinker lacks will power. The implication is that he/she is a weak person. Or, a lazy person. A defective human being.

It is true that most people who are addicted to alcohol hide their addiction. They fear the judgment we talked about. Drinking may be their only coping mechanism. Or, they have tried giving up but failed. They feel guilty about that. They may also feel that they have no control over it. It all makes them feel bad. Hence, they do not like talking about it. Most of the times, there is outright denial of the addiction. This makes it doubly difficult for well-wishers to point out the obvious.

Research so far tells us that it is a combination in various parts of genetics, learned behaviour, and mental health disorders that are to blame. If you have a family history of alcohol addiction and/or you are suffering from an anxiety disorder, clinical depression or bipolar disorder, you may more easily get addicted to alcohol. And then there is the physiology and psychology of addiction that keeps a person hooked. Physiological addiction basically means that a person needs to consume more and more alcohol to get the desired effect. However, the increasing levels of alcohol are toxic for the various organs of the body. Psychological addiction means that a person relies on alcohol rather than anything or anyone else to make them feel better or avoid painful emotions.

Because alcohol provides some kind of immediate relief, it is difficult to stop alcohol use. There needs to be a strong reason to want to give up alcohol. Sometimes, that motivation gets created when one is confronted with a serious negative consequence.

For many women, their responsibilities as a parent or realising that their drinking is affecting their child spurs them to take corrective action. For men though, it is often the women in their life who nudge them or push them to seek help. The problem is that most of the time the binge drinker is not convinced that there is a problem.

Even when realisation finally strikes that alcohol is doing more harm than good, leaving it is difficult. Once the body gets used to a certain amount of alcohol, reducing the amount or stopping altogether is problematic. It is that horrible hangover amplified that makes many turn back to the bottle.

Support is, therefore, one of the biggest factors that usually helps those who want to leave alcohol. Support to keep one motivated. And, it is a daily battle to be fought. Family can play a big role in supporting the binge drinker leave alcohol. But it is a long journey. And sometimes family members are unable to show understanding and support on a consistent basis. At the first slip or second slip the family is ready to give up. And, one then gives up faith in one’s ability to get back on the sobriety track. This is where organisations or support groups like the AA (Alcoholics Anonymous) come in. AA membership is free and they hold meetings in most cities and towns in India. You are not judged, you are encouraged, and each milestone of sobriety is celebrated.

In addition to seeking help from a support group, you may also need to see a psychiatrist and/or psychologist/therapist. They would be especially helpful if your alcohol dependence is a result of a mental health condition, such as depression. Residential treatment programs are not a requirement. But if you are experiencing serious withdrawal symptoms, you should consider getting admitted to one. This is because your body can no longer function as normal without alcohol. Hence, you would need to detoxify under a medical professional’s care and supervision.

Binge drinking is a reality across all sections of society. And it takes a terrible toll. If you are a binge drinker, seek help. Achieving sobriety may take effort and time, but it is possible. If you are a family member or friend, talk to the binge drinker. Not with judgment, but with concern. And be there to support them on the long road to sobriety.