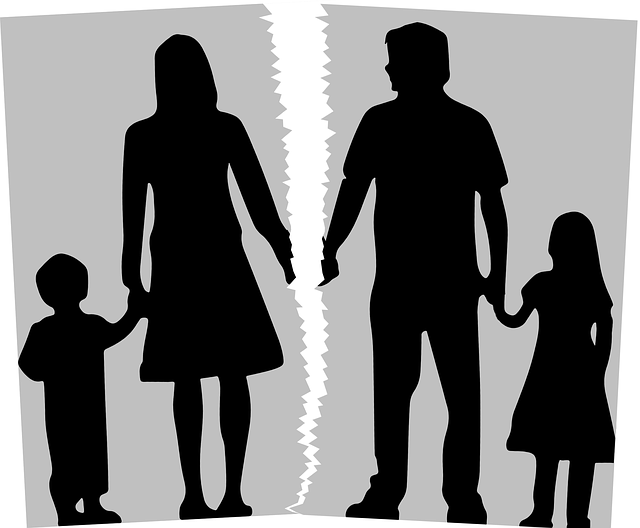 9 Reasons marriages end up in divorce in midlife

“Did you not know? They got divorced a couple of months ago. The kids are now in boarding school.” This piece of news may have come as a shock because you did not realize your friends were headed in separate directions.

Your friends are not an exception. Divorce is on the rise in India. Not just the big metros, even smaller towns in India are witnessing marital discord leading to separation. Often the affected couples are in their midlife. Many of them have kids. Separation at any stage of life is traumatic for one or both partners. However, when couples with children decide to separate, it affects many more lives.

As a spouse in midlife, this information can be quite unsettling. You may worry for your marriage. But, we can try to make sense of this phenomenon. Let’s begin by talking about expectations. No marriage is perfect. The only time couples walk into the sunset holding hands is in the movies. Most couples in real life go through ups and downs. Almost all have to work towards creating and sustaining a strong bond.

Couples also face different issues at different stages of life. Most marriages go through teething troubles in the early years. Some marriages do not survive the initial challenges. Others that do sometimes run into trouble during midlife.

Midlife is a time when one goes through many changes. The body changes, aspirations change, interests change, responsibilities change. The stresses that midlife brings affects relationships in big and small ways. And, a midlife marriage has to be strong enough to survive these changes.

From my clinical practice, I have noticed the following common reasons for a midlife breakup:

Marriages are about choice. Even most arranged marriages have an element of choice. You chose to get married to your spouse because you found them special or different from the others in some way. Or, you felt special with them.

Now, age can erode that sense of ‘specialness’ as you become more familiar with your spouse’s failings (No one is perfect, remember?). Some spouses, in fact, become experts at criticising. They systematically disregard or negate all positive aspects of their spouse’s personality or behaviour. It is the “Yes, but…” on an unending loop. When either spouse is so critical, the “special” feeling gets killed. You don’t feel special and you don’t see your spouse as special, either.

The result is emotional withdrawal and distance. Over time a feeling of alienation, disconnect or boredom dominates the relationship.

Often midlife brings career satisfaction. People may find themselves in positions of authority at this age. With authority and seniority comes a sense of achievement or accomplishment. But with that creeps in greater responsibility.

Most senior professionals find themselves still putting in long hours at work. Work related travel adds to time away from spouse and family. This can make couples feel disconnected. Or, one spouse feels that the burden of house-hold/family responsibilities is disproportionately falling on their shoulders. For couples who are already facing relationship issues, this can add to the list of resentments.

For some couples, over-involvement in work is also a way to avoid confronting relationship issues. It is the elephant in the room that grows bigger with time and eventually stomps all over.

Spouse’s involvement in other pursuits

Midlife is a time when many adults decide to take a break from what they have been doing so far. Or, they may decide to re-prioritise life.

After years of focusing on work and family they may decide to pursue or explore activities that they enjoy. Indian cities now offer a range of recreational activities from ultra-marathons to bird watching. These activities provide the opportunity to meet like-minded people and socialize.

In some cases, the time devoted to such activities is at the expense of the time and attention one can devote to family. When one spouse becomes deeply involved in any such individual interest, the other spouse can become deeply resentful.

Addiction or dependence on alcohol, drugs of any kind, gambling or sex can become worse in midlife. If a person had got into these addictions earlier in life, they tend to persist unless treated. Some individuals can also fall into addictions as a way to deal with midlife stress. Many a times the addiction is a symptom of an underlying mental health condition, such as depression or bipolar disorder. In such cases, appropriate treatment of the mental health condition is required.

Most of the time addictions affect relationships. Living with a spouse who has an addiction causes great emotional and/or financial stress. At some point, the non-addicted spouse may decide that he/she can no longer endure such stress. Marriages that have survived into midlife can then fall apart.

Sex in India is shrouded with much mystery and misconceptions. And most Indians do not seek appropriate help for problems with intimacy.

Many couples struggle with sex from the time they get married. Most such couples do not have any physiological or biological problems. The issues arise either from a lack of information and exploration or from psychological issues. By the time couples reach midlife, they have often given up trying to solve the sex mystery. But a feeling of dissatisfaction lingers. If intimacy is an issue and the feeling of ‘specialness’ is also missing, then the marriage is likely to run into trouble.

Not getting into morals and values, the fact is that individuals tend to vary in their commitment to a relationship. Many Indians get into marriage stating reasons other than wanting to spend their entire lives with that one person. In addition, some individuals thrive in the attention they get from the opposite sex. Looks and appearance may matter greatly. Hence, they are open to entering into sexual encounters outside of marriage.

One or both partners may also get into affair if there are long term, unresolved relationship issues. No marriage is perfect and all couples need to work through various differences. However, when one or both partners have created an emotional distance from the other or there is constant fighting and animosity, “specialness” disappears and space for an affair is created.

Children leaving home for college or work causes a big change in the lives of family members.

For couples whose lives have revolved around their children, adjusting to this change is challenging. But it is most difficult for couples who have been avoiding facing relationship issues. Some couples are unable to resolve issues, have long standing resentments and fail to create a mutually supportive relationship. Spouses in such a marriage begin to then rely on their children for emotional support. They connect more with their kids than with each other. The kids may even become the go between the parents. The only reason such couples cite for being together is the kids. When the kids leave, there is no glue to hold the marriage together.

When two people get married they often hold different views on money. Growing up experiences, personalities and family values around money determine how much importance individuals give to wealth and possessions. When two people have similar perspectives on money, it is easier. However, problems can arise if these thoughts diverge greatly. Most couples over time figure out a common policy on money. Any initial differences over whether separate accounts should be maintained or joint ones are usually resolved by midlife.

Midlife tends to bring up different concerns around money. Savings, investments, planning for retirement become more important issues. Financial responsibilities can also be significant if kids’ college education and health issues of family members are added to the mix. Job loss and career breaks can cause significant stress. One or both partners may feel unhappy with their financial situation and resent past or present decisions. Some are nagged by the thought that one’s earning years are limited. Resentments around financial issues can cause big rifts.

Social contagion – hanging out with friends who are divorced

Friends are a great source of support. They also play a big role in defining what is socially acceptable behaviour. This is not only true during one’s teenage years but throughout life.

Divorce is gaining social acceptability in India, and more so in the big cities. Knowing people who have gone through a divorce helps one view divorce as a feasible option. It also helps create social support if one decides to separate. Instead of struggling through issues with one’s spouse, it seems easier to call it quits.

Whatever be the reasons for marital dissatisfaction, divorce is rarely an easy decision. Life after divorce can also be difficult for one or both spouses and the kids. But, it is possible to save and build back marriages, even in midlife. Hopefully, knowing what leads midlife marriages to the divorce courts may help you course correct before it is too late.

The above article is based on Dr. Dubey’s work with Indian couples.